← back to
Alpha Pup

No Place Is Safe 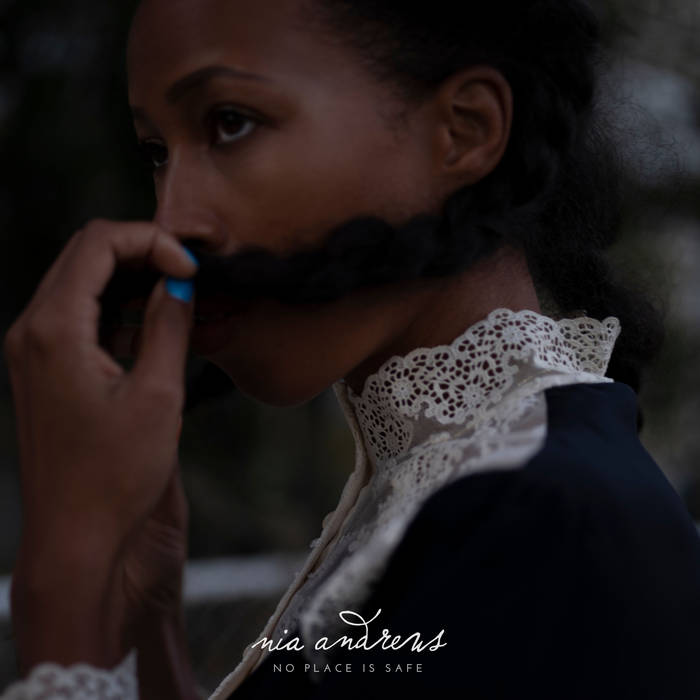 No Place Is Safe is the debut full-length from Nia Andrews, a singer-songwriter whose unique vision and expressive aesthetics fly high over her undeniable legacy in the artistic culture of Los Angeles. Building on her beautiful voice that appeared on Solange’s #1 album A Seat at the Table, Andrews has transformed herself into a powerhouse producer in her own right. The daughter of music educator and philanthropist Reggie Andrews, she grew up immersed in the vibrant sounds of the rich musical community that he championed – including The Pharcyde, Kamasi Washington, Thundercat, and Terrace Martin.

With the release of No Place Is Safe, Nia Andrews adds an impressive new chapter to the musical narrative of Los Angeles. The album is a poignant exploration of the damage caused by chronic unacceptance and a feeling of being unseen. Pining for safety – an anchor that continues to elude her – Andrews is haunted by shadows closing in on all sides. She wrestles with the pain of not being chosen, weighed down by the exhaustion of ending after ending while the world outside burns. But as Andrews learns to find safety within herself, No Place Is Safe develops into a nuanced story of understanding, surrender, and finally – triumph.

Revealing an innate sense of musicality, Andrews’ intimate release balances between lush instrumentation and the raw beauty of her unadorned voice. She transforms sounds into symbols that augment her lyrical narrative: broken dreams, mental chaos, yearning and forgiveness. Thoughtful and exposed, the music looks you in the eye even as it questions itself.

Lo-fi electronic fuzz transforms “Call Your Name” from peaceful pretending into a muddled distortion, a sonic reflection of a relationship’s devolution. Even Andrews’ dreams are not safe. She implores herself to “Be a Smart Girl” with a syncopated warning and rhythms that run for cover. Winsome strings illuminate “Cleo and the King” with symphonic elegance and “The Ceiling” loses control in a rushing jam that climbs the walls.

No Place Is Safe is almost entirely self-made; Andrews wrote, arranged, and produced every track with few collaborators. “I didn’t begin this project intending to do so much of it myself,” she explains. “I laid down parts as ideas, but when I brought other musicians in to replace my bass or guitar parts, they were killing but I was surprised that I preferred the original parts. The imperfection of my playing just seemed to sonically serve the story of the music better and its vulnerability. I did want one song that was like a big hang with a few musicians I hold very dear and that’s ‘Seems So.’ There’s a lot of love nestled in the crevices of that tune.” The track’s jazzy riff and heavy drums dig in deep as her passionate vocals soar over the serious beats. Touching and teary-eyed, “Little Girl” is a love letter to the lost child within.

Crafted with the art of restraint and refined with honeyed harmonies, No Place is Safe aims for the mastery of the self. Through her inward search for significance, Nia Andrews reveals her compelling relevance and artistic talents – and her place creating new ground at the forefront of Los Angeles’ musical saga.

No Place Is Safe by Nia Andrews will be released via World Galaxy / Alpha Pup Records on June 21, 2019.

* ”Seems So” arranged by Mocky and Nia Andrews
** “The Ceiling” recorded by Daniel Pampurri at NRG Studios, North Hollywood, CA

Bandcamp Daily  your guide to the world of Bandcamp

Serena Cherry debuts her black metal project, plus a Pick from the Crypt block from Svalbard